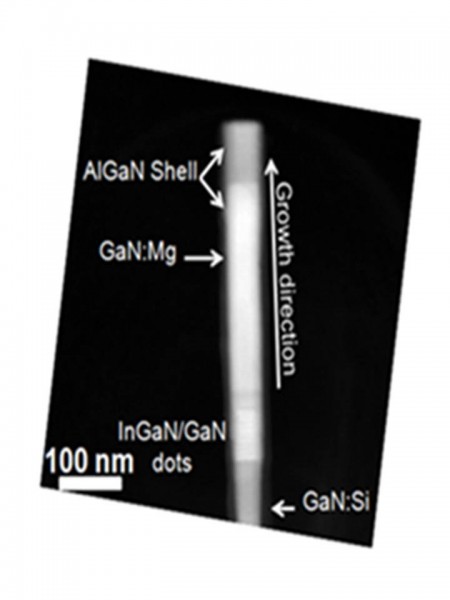 Professor Mi and his team have shown that the underlying cause for the low output power of nanowire LEDs is directly related to the poor carrier injection efficiency, due to the surface recombination. His team further developed phosphor-free InGaN/GaN/AlGaN dot-in-a-wire core-shell white LEDs grown by molecular beam epitaxy on Si substrate, which can break the carrier injection efficiency bottleneck, leading to a massive enhancement in the output power. At room-temperature, the devices can exhibit an output power of ∼1.5 mW, which is more than 2 orders of magnitude stronger than nanowire LEDs without shell coverage. Additionally, such phosphor-free nanowire white LEDs can deliver an unprecedentedly high color rendering index of ∼92−98 in both the warm and cool white regions, with the color rendering capability approaching that of an ideal light source, i.e. a blackbody.